While approaching the port of Symi, one has the overwhelming feeling of entering a perfectly painted image of a scenic traditional village. As a rule, people remain agape and cannot take their eyes off the spectacular sight.

The few who can resist the superb spectacle of the town of Symi stretching its impeccable architecture – all of the buildings there have been listed – on the slopes of the surrounding hills, take off their eyes to look at their book guides. They see the picture of the port of Symi printed on their books. They know it might have been photoshoped; in all likelihood, they expected it to be better than the real thing. Still, when they lift their eyes again to marvel at the breathtaking sight, they realise it belies their expectations: Symi is more than words or photos can say!

In the Byzantine years, economic activities involved shipping, ship building, commerce, sponge fishing, and viniculture. To develop the latter, the Symians had built 120 wine presses all over the island, 11 of which have been reconstructed with the use of their own rock parts; a visit to them is worthwhile as it requires a walk through the refreshing cypress forest of the area of Kourkouniotis.

Part of the Dodecannese island chain, Symi is located 41km north-northwest of Rhodes. Its main town, commonly referred to by the same name as the island itself, is divided in two parts: the harbourside one, called Gialós, and the adjacent one on the slopes of the hills, called Chorió (=village).

Gialós
A galore of two and three-storey traditional stone houses, painted in all colours but mostly in indigo, ochre and terracotta, with red tiled roofs and cute little balconies with railings set up the peculiarity of Symi.
The entrance of the horseshoe-shaped port is dominated by Rolói, a clock tower. Right in front of it there is the statue of the fisher boy, Michalaki (= little Michael) which seems to be welcoming the visitors to the island. It is on this same side of the port that the “Dove of Peace”, a beautiful sculpture, has landed to represent a war memorial.
The two sides of the port are joined together by a gorgeous stony little bridge which the locals call kaldirími. The Town Hall, the cathedral, the square and the Naval Museum of Symi are the main attractions on this side. The latter lends an insight to the naval tradition of the island and boasts, amongst else, exhibits representing the evolution of sponge fishing through the years. 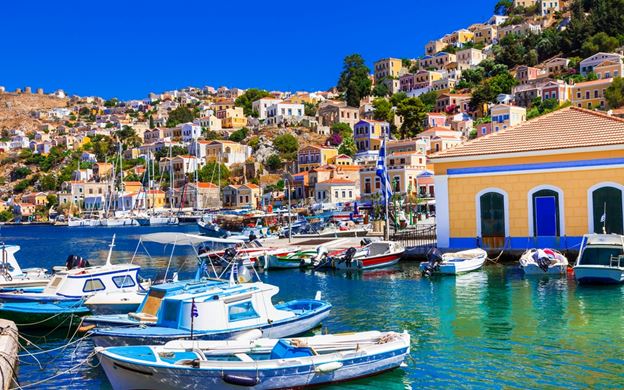 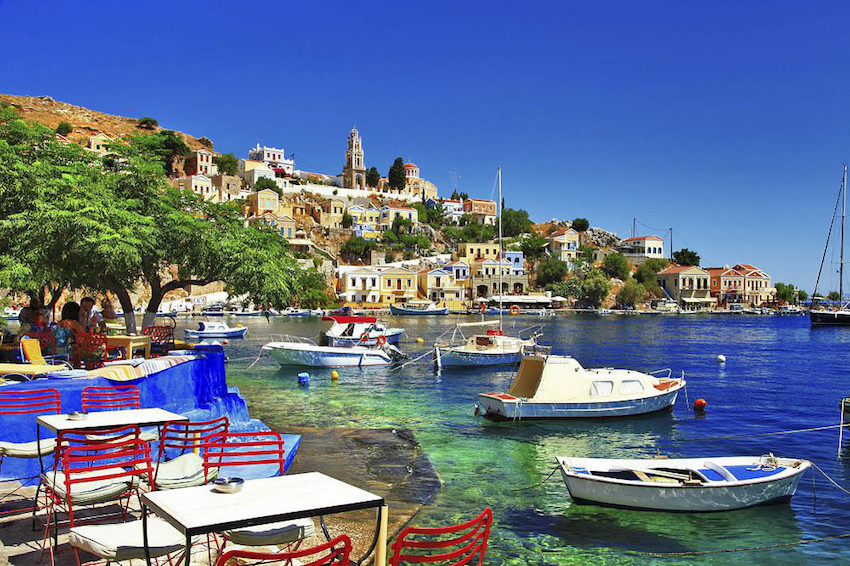 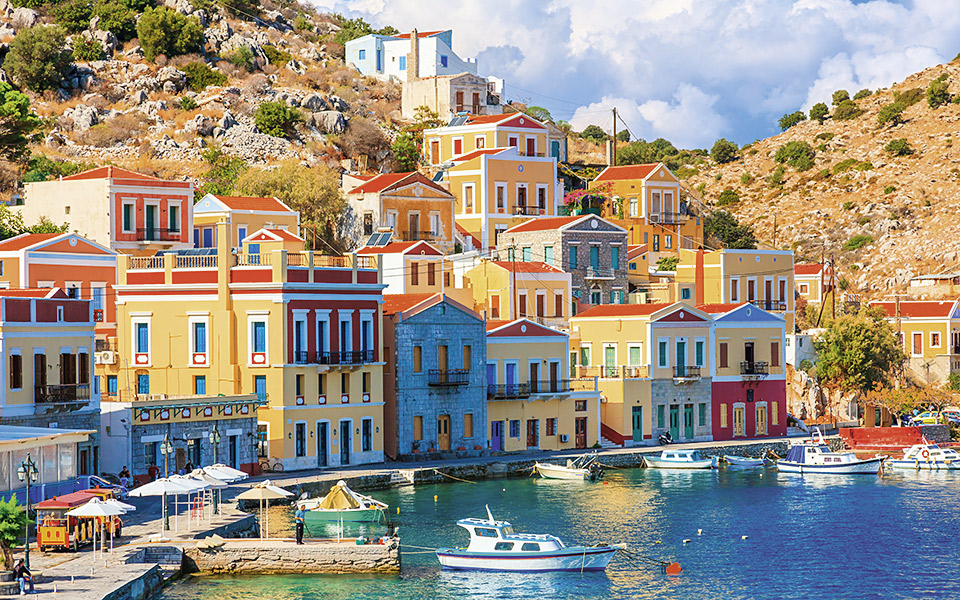 Chorió
There is a stony stairway of 500 steps leading to the upper part of the town. The locals call it Kalí Stráta, which means “good way”; what else could be called such a wonderful walkway under the trees with the satisfying view over Gialos?
Some awesome churches fill the streets of Chorió with beauty. Icon screens, post-byzantine icons and gravel yards are worth seeing here.
In the central square some enjoy their meal while others chat with friends over coffee. Children laugh in the playground while their parents shop around. At the same time, those in need of a doctor can see them in the municipal clinic, housed in Spetsaría, the old municipal pharmacy with the old glass tubes and recipients; those in no need of a doctor just go there to pay a visit to the historic and attractive building.
Overlooking Chorió there is Kástro (= castle). Actually, it is the remnants of a castle built by the knights of St John in the 14th century as an expansion to an old byzantine castle on the same site.

Pedi
Although mountainous, the island is dotted with small valleys. One of those beautifully reaches the sea to form an enticing cove. It’s on that coast that you’ll find the scenic village of Pedi. On the way to it and if it is August 15, don’t miss the genuinely traditional folk festival of the monastery of Panagia Altheini.
Another big feast is held at Panagia Myrtariotissa, right on the same day. Meanwhile, for meditating and marveling at frescoes of the 15th century, visit the fortified monastery of Michail Roukouniotis.

Panormitis
One of the island’s most famous landmarks is the monastery of the Archangel Michael Panormitis on the southwest coast. Built in the early 18th century, it overlooks the bay bearing its name, in an awesome setting combining mountain and sea. What is more, it is dominated by the imposing built-in-1905 bell tower.
During the summer months, the monks accommodate visitors in the cells of the monastery for a token charge.

Beaches
There is no lack of beautiful beaches on the island. Tourists love the fact that many of them are off the beaten track and reachable only by (taxi) boat. Some of them are sandy, some of them are pebbly, some of them are situated on small islets around Symi (Agia Marina, Agios Emilianos, Nimos, Sesklia) but all of them are bathed by crystal clear water. Here are some names: Nos, Agios Georgios, Agios Nikolaos, Nanou, Marathounta, Faneromeni, Agios Vassilios, Nimporios, and Maroni. 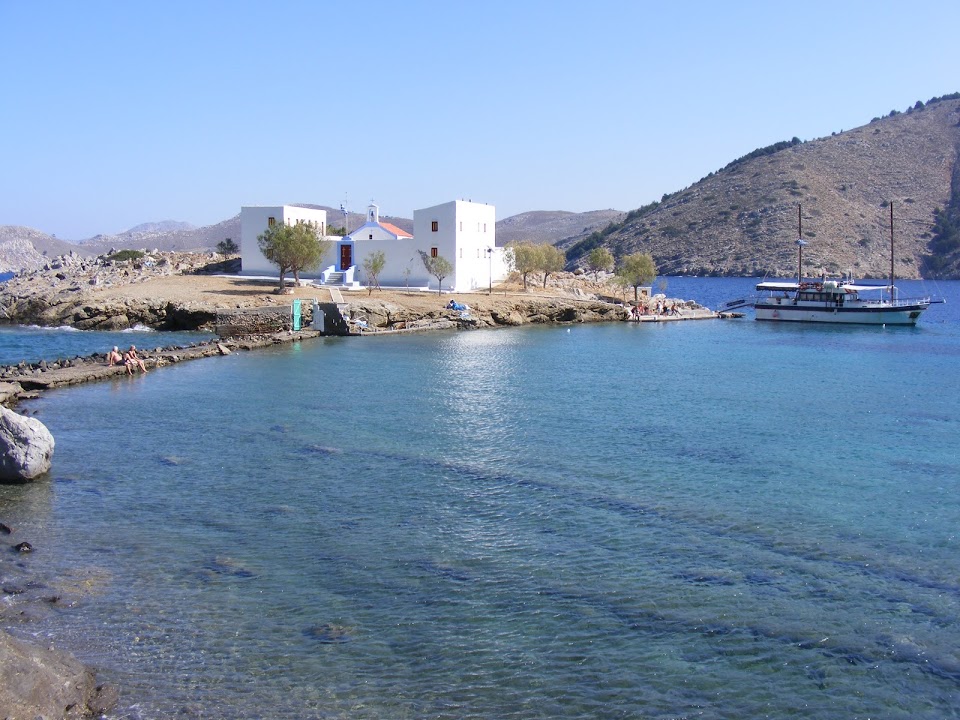 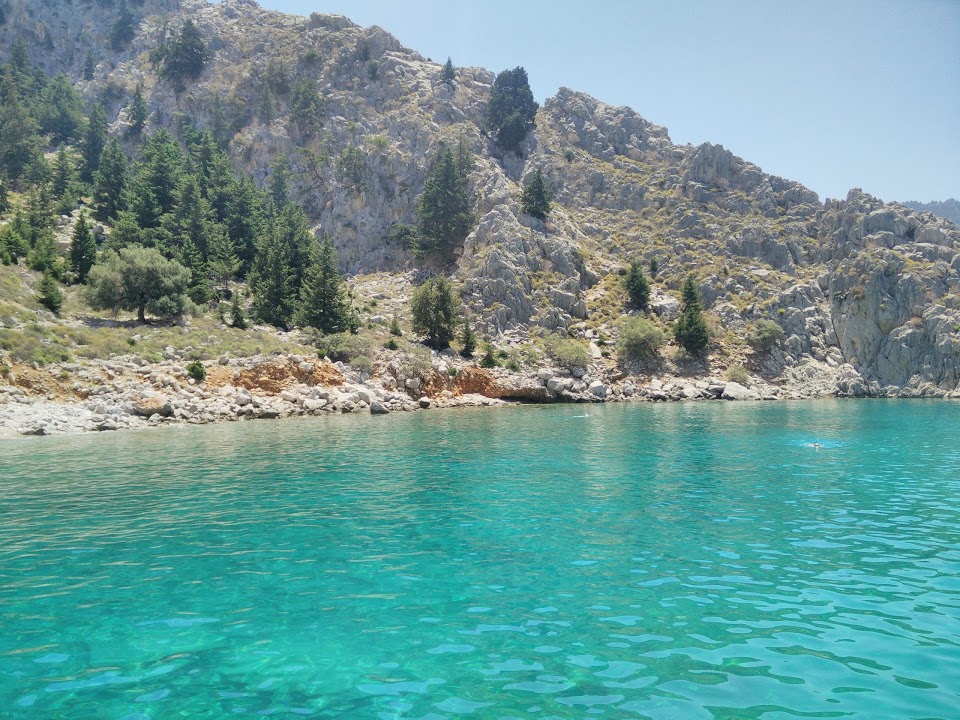 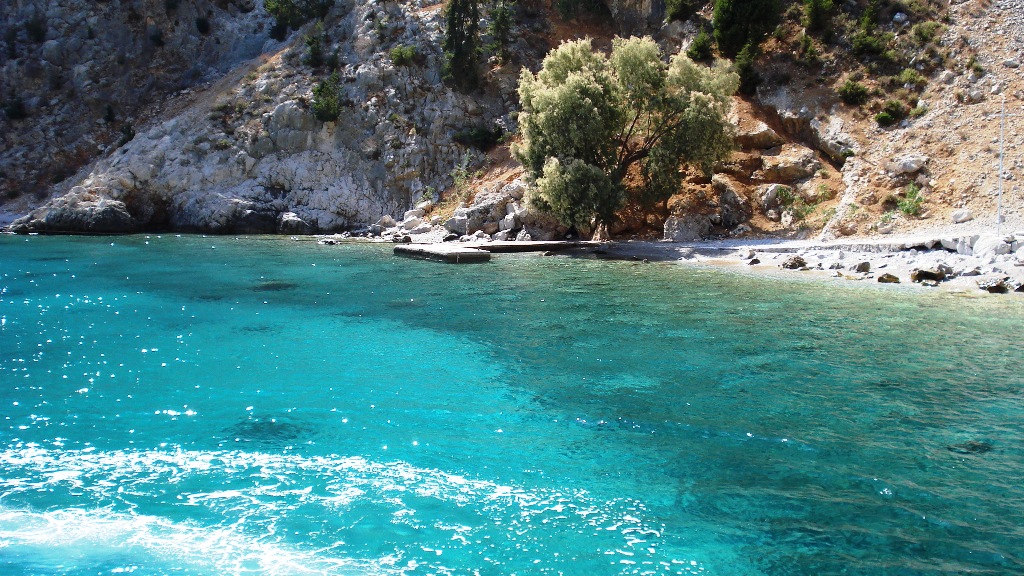 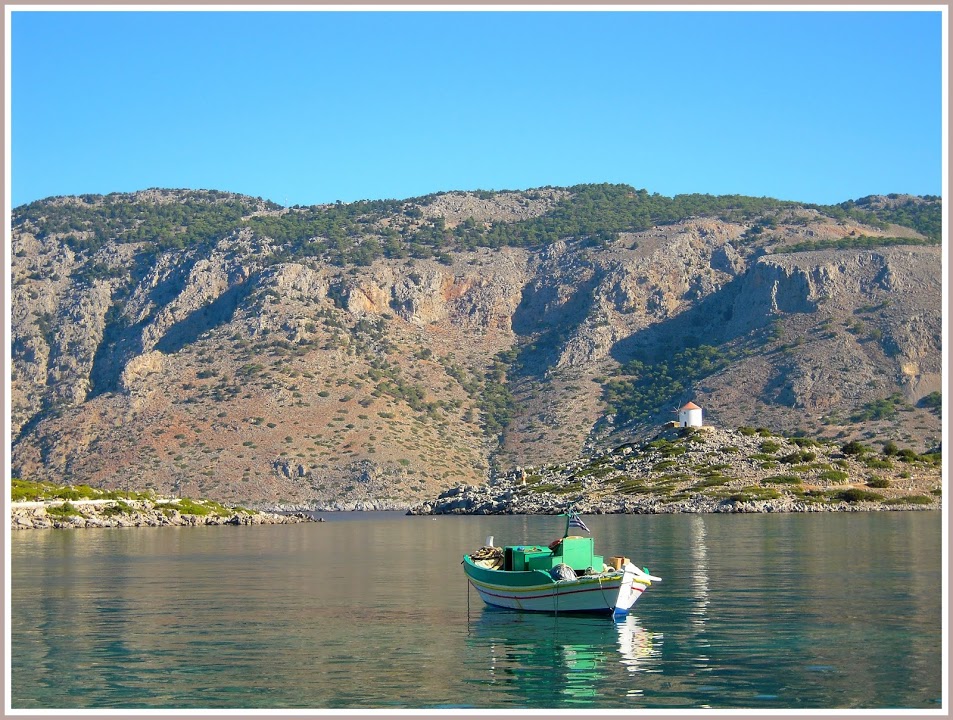 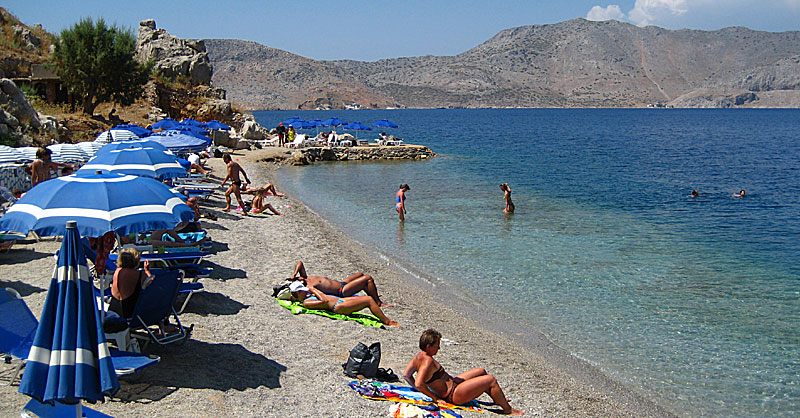 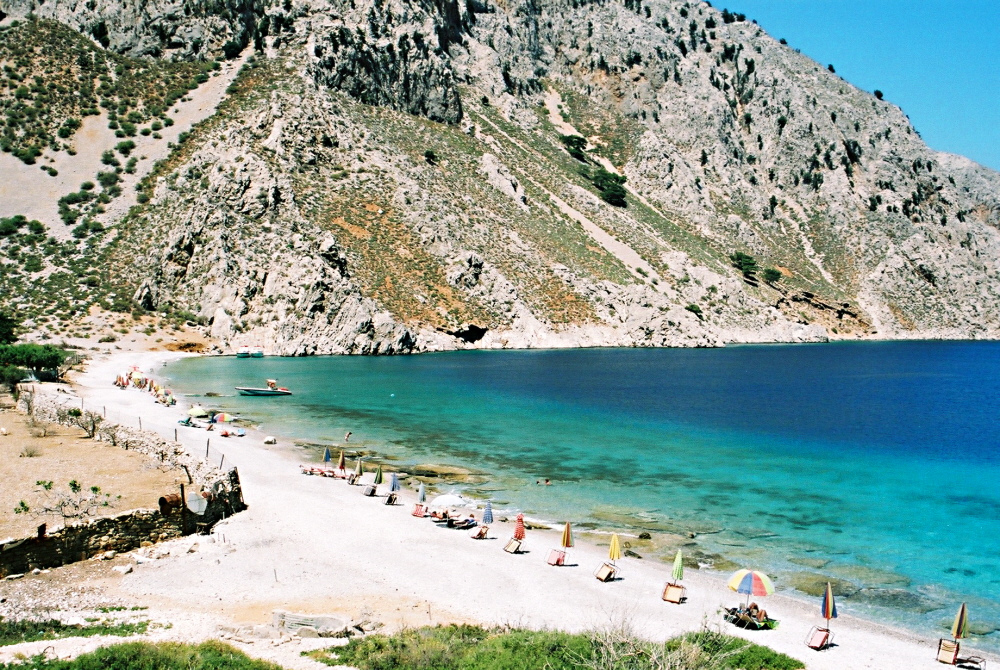 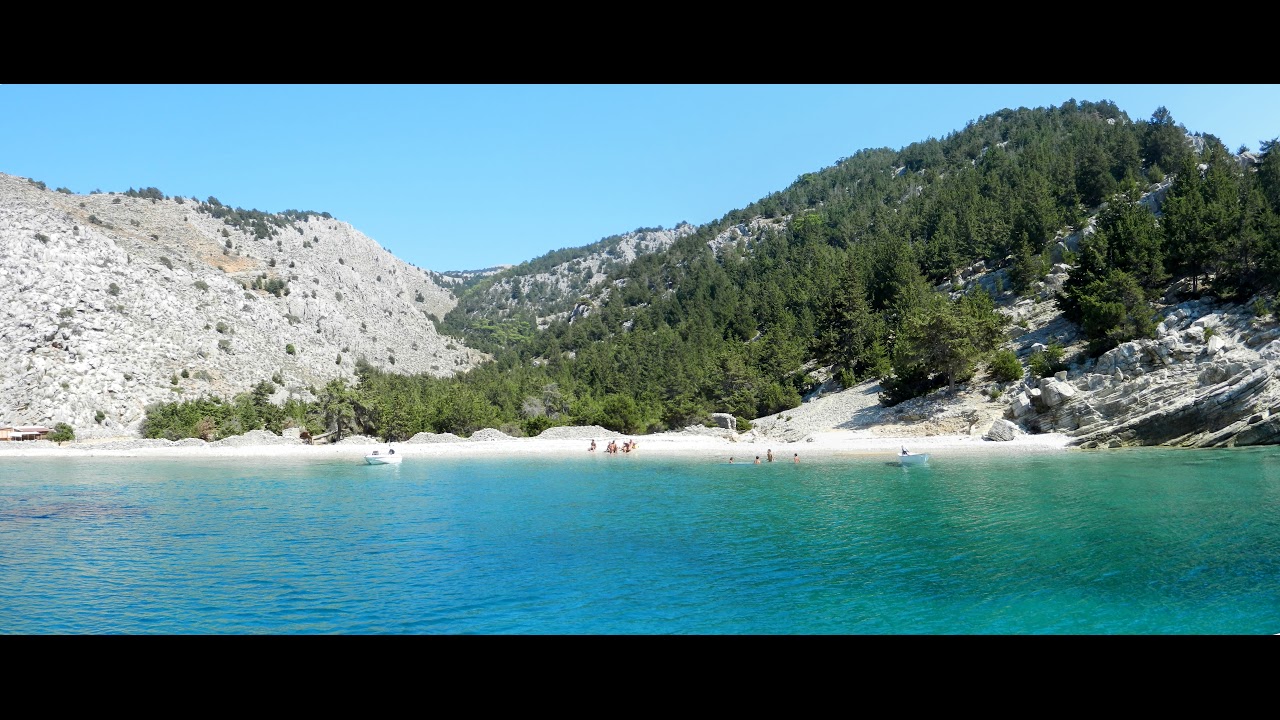 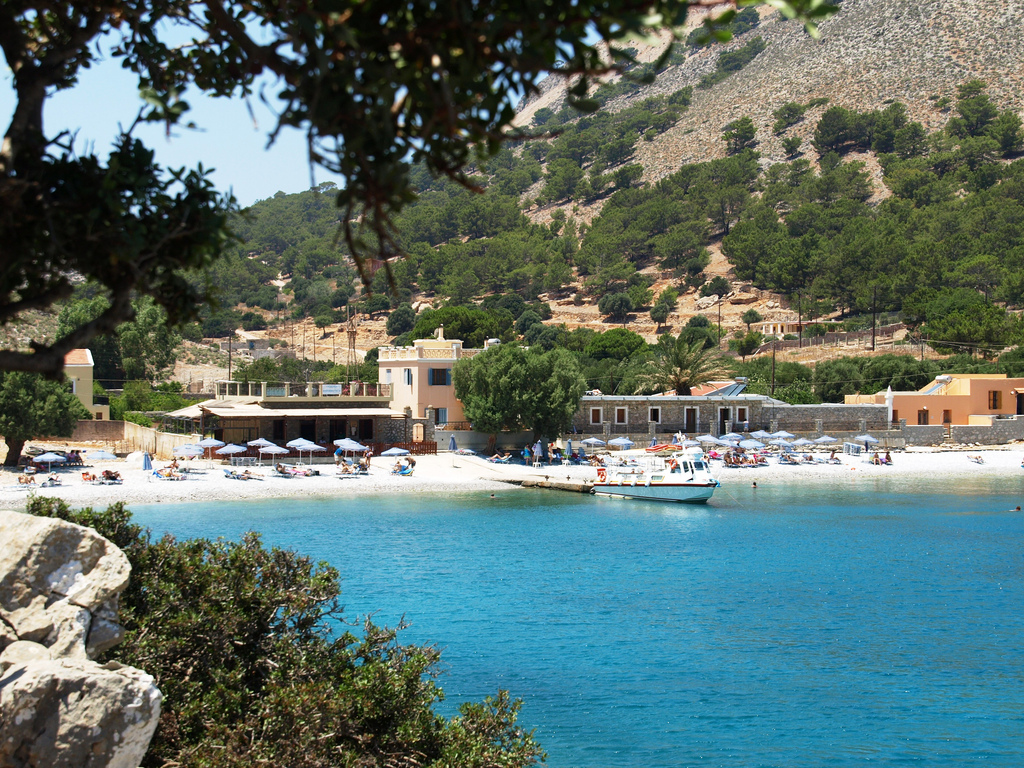 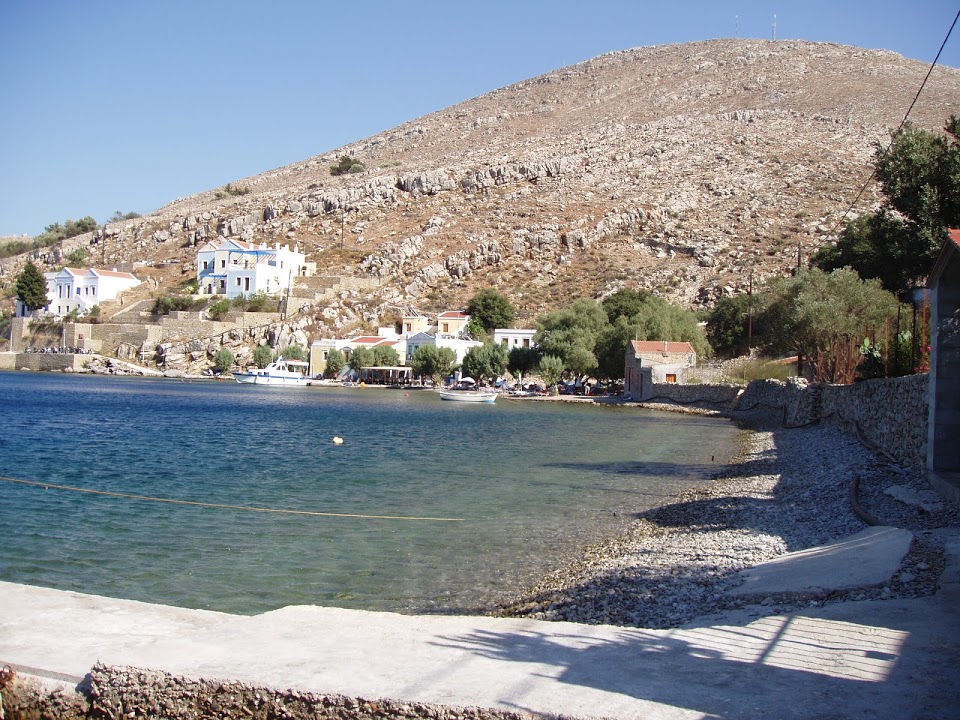 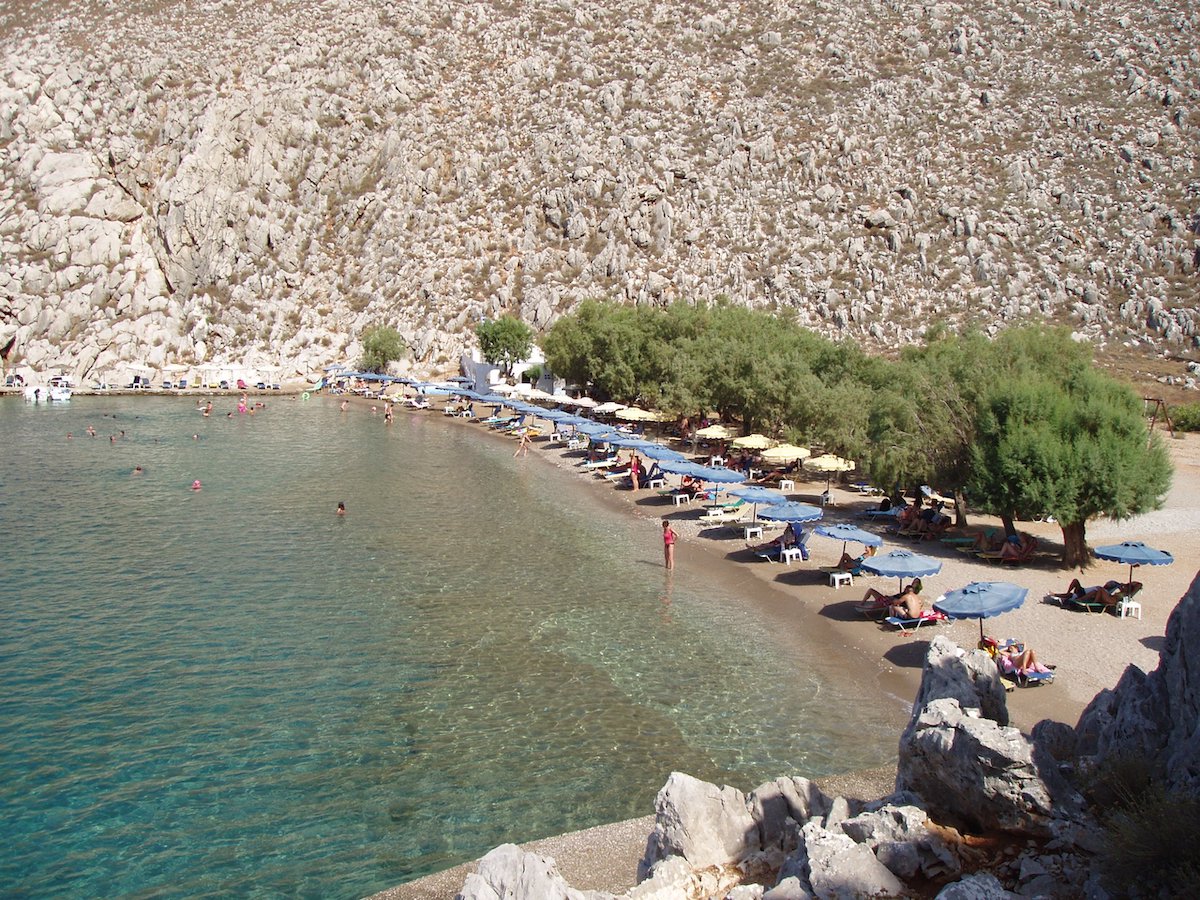 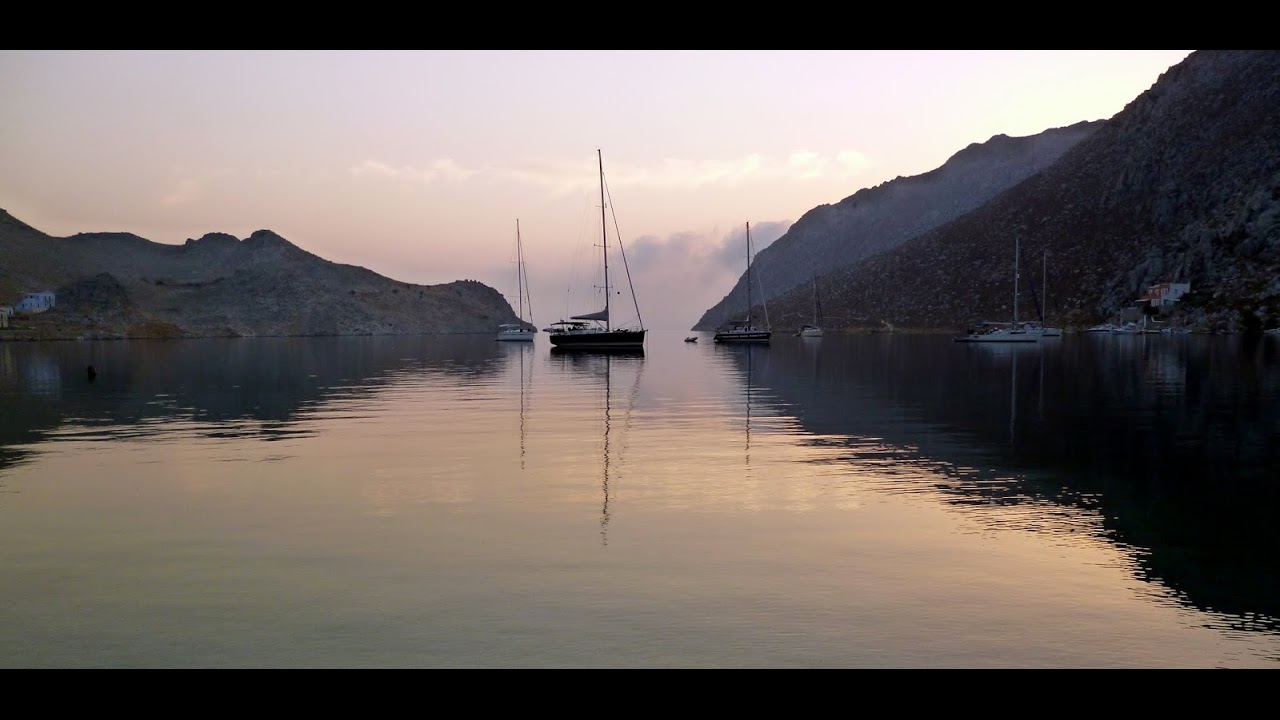 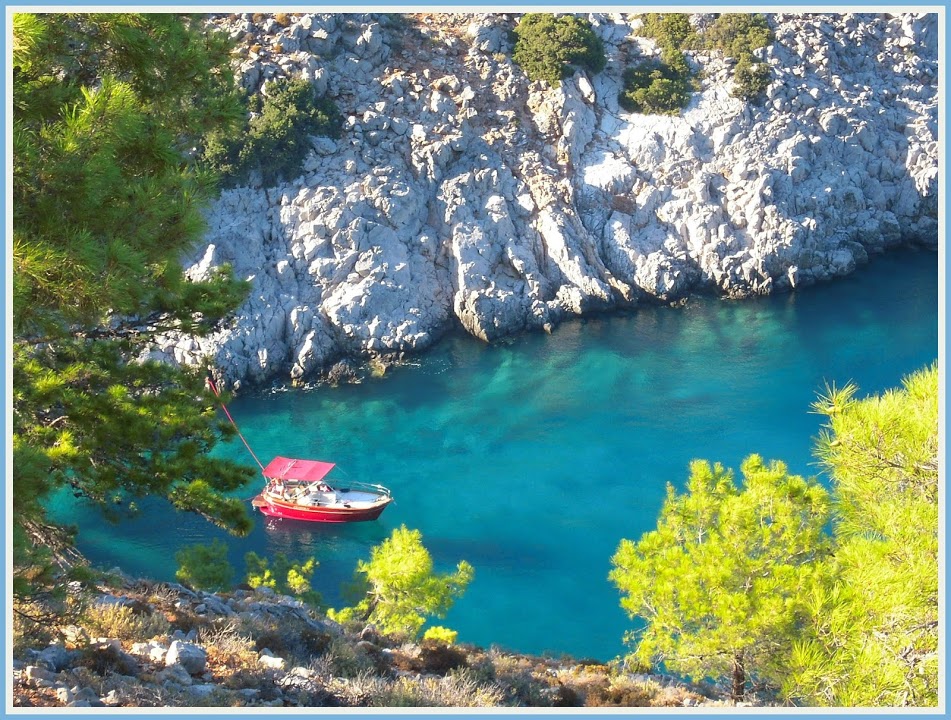